The Independent Board of Museums and Centres (OAMC) of the Tenerife Island Council offers a guided tour of a section of one of the largest lava tubes in the world, complete with explanations of other geological phenomena and interesting ethnographic features.

The experience transforms the visitors into direct observers of a live documentary that unfolds in an actual volcanic setting. The route begins at the Visitor Center in the Icod de los Vinos, where you can watch a series of information modules that provide an introduction to the tour.

The tour continues across a field of lava, the same lava from which the lava tube complex was formed, and then an ancient byway leads upwards to the entrance of the cave. The way back leads down another path that passes through threshing floors and the ruins of ancient farming vestiges, which give you a glimpse of the ethnographic wealth of the area while enjoying the beauty of its landscapes.

During the tour you will pass by two geological formations that explain the strange landforms you are crossing: a huge channel of viscous phonolitic lava that descended from Pico Viejo (Roques Blancos eruption) and the lava of the cave. At the end of the route you will see other examples of viscous lava. 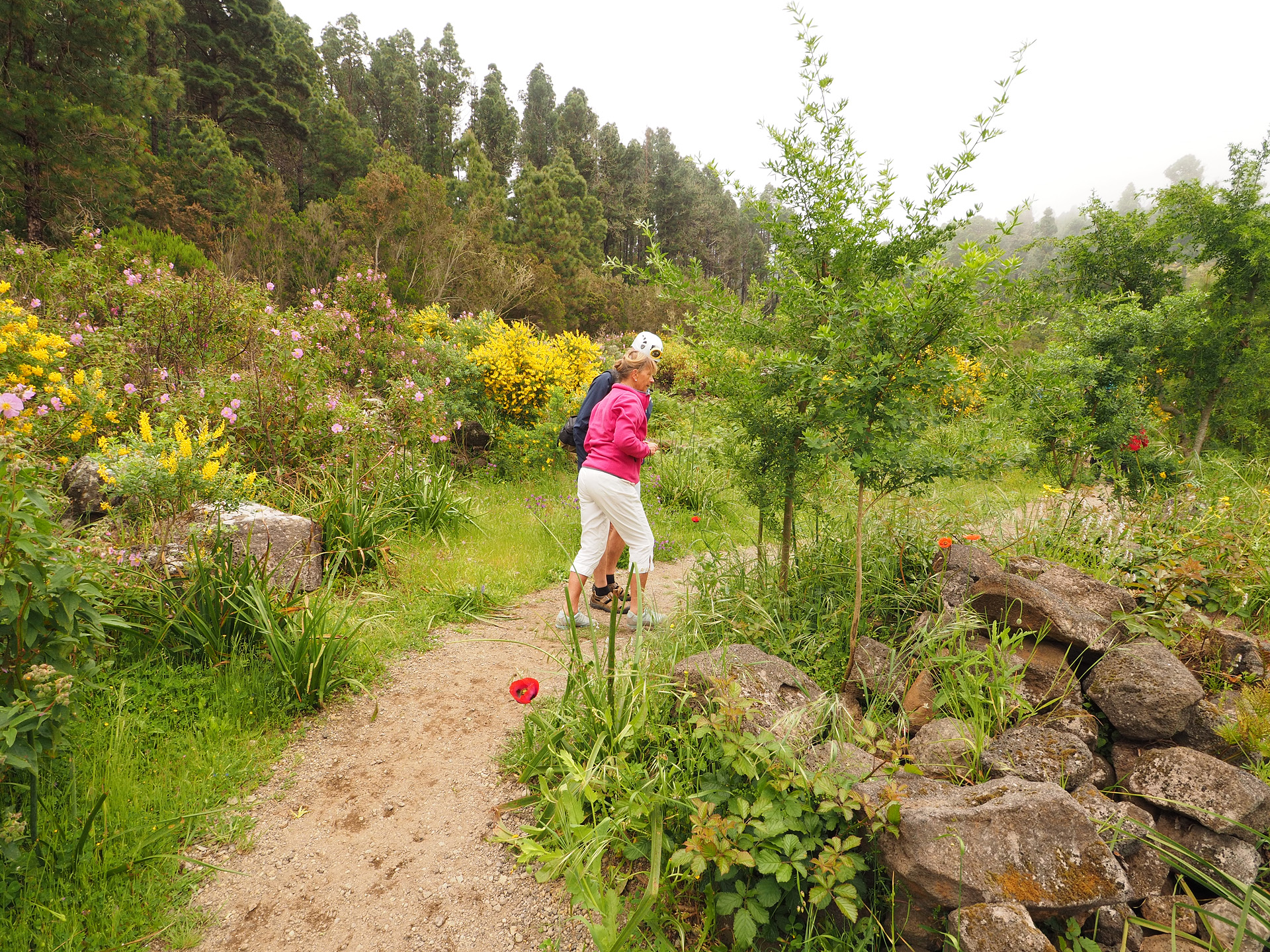 This pleasant tour runs, in part, along ancient byways that were built to link up towns or the north and south of the island, or to connect populated areas with the surrounding countryside. These byways (wide enough for two mules side by side) were built after the conquest, in some cases making use of the ancient Guanche footpaths (the Guanches were the original inhabitants of the islands). In this case, part of the surface is formed by the cave’s lava flow and the stones placed underfoot are made of the very same lava.

The threshing floors were discovered during restoration work. The grain that was separated by threshing and winnowing was roasted and then milled to obtain gofio, an important staple flour from the time of the Guanches up to the present day.

The cave has no artificial lighting, so helmets fitted with headlamps are worn on the tour. The visitable section contains numerous formations and phenomena “sculpted” by the advancing lava as its viscosity changed. Such dynamic features make the cave feel almost like a living being that has been “petrified”. And the dark silent atmosphere brings visitors into direct and natural contact with the geological phenomena. 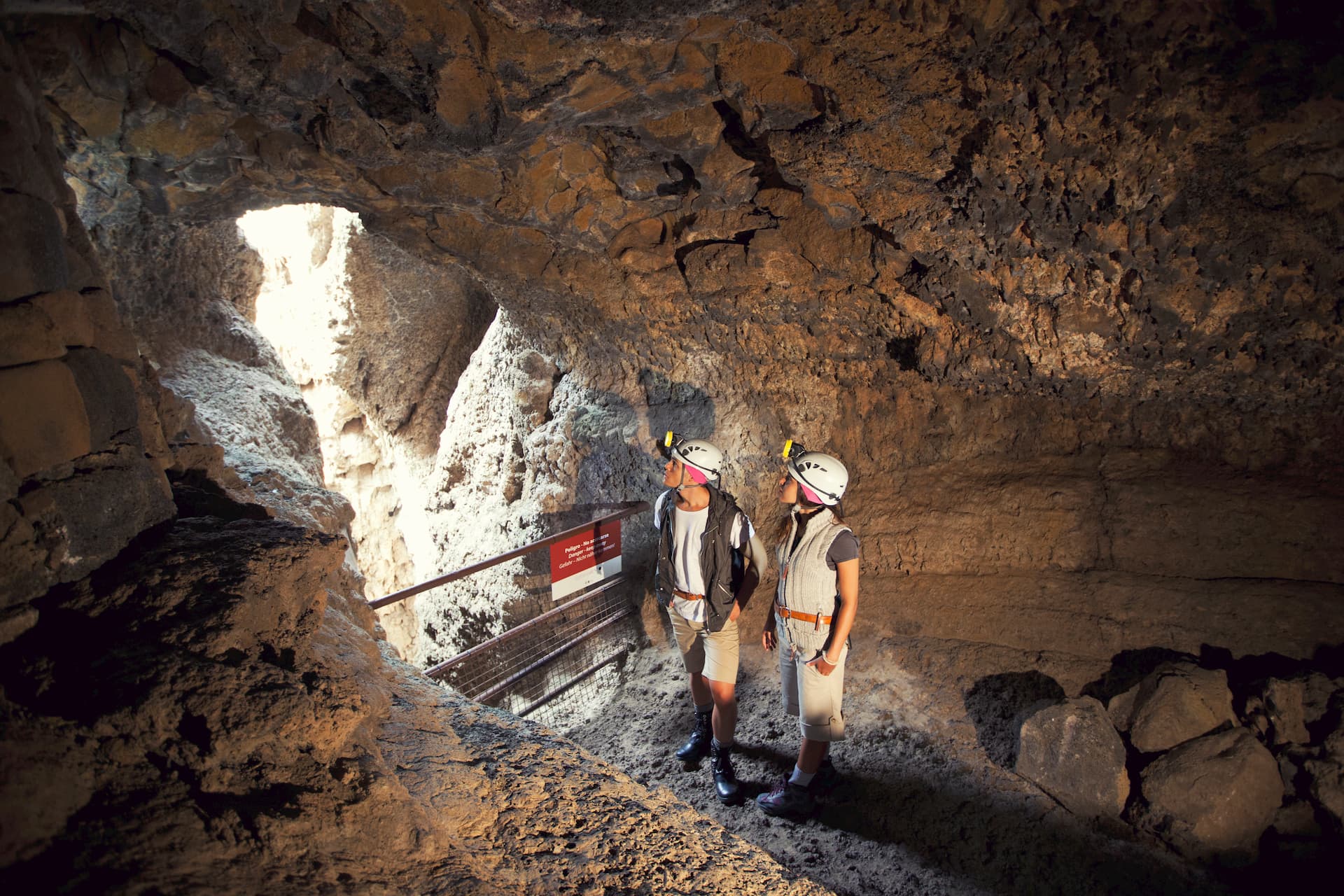 The duration of the visit is two hours and the level of difficulty is medium. In addition to the bilingual panels in the Visitor Centre and inside the cave, an expert guide will explain the features of this unique volcanic cavity. The visit starts at the centre, where a vehicle will take the group (maximum 14 people) to the vicinity of the entrance. The walking route passes through hillside farmland, pine forests and heath, lava fields, along an ancient byway, past farmsteads and threshing floors: in this way your visit is enhanced by an ethnohistorical appreciation of the surrounding area.

Basic rules for the visit: